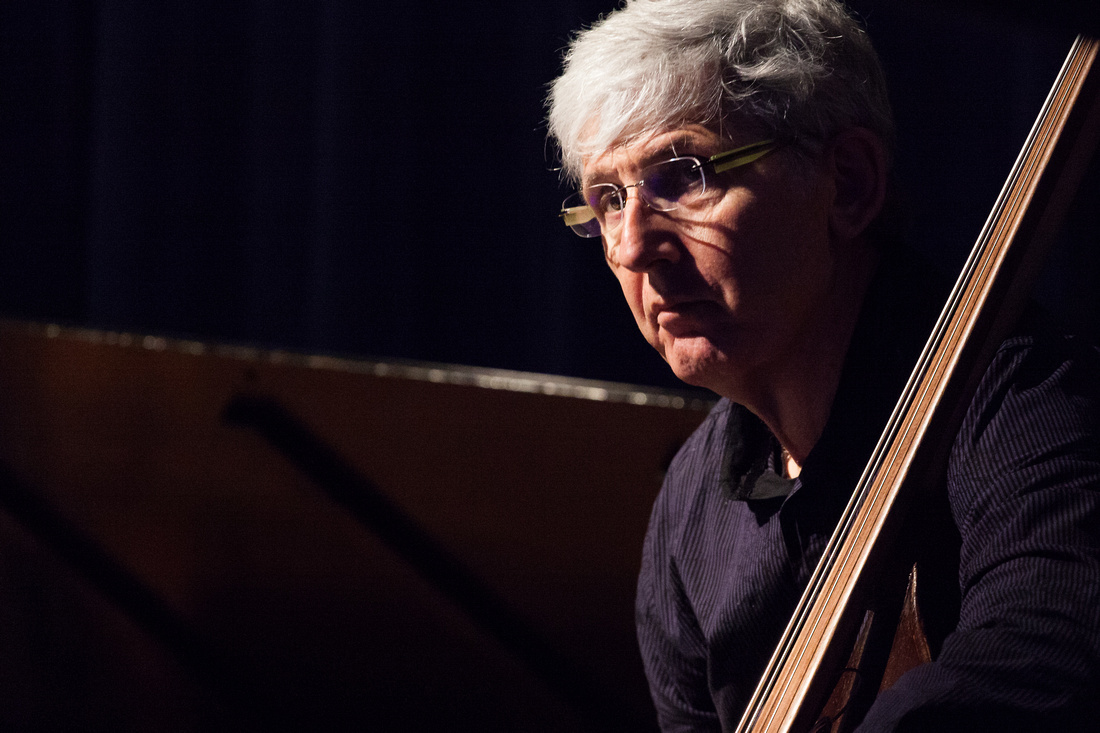 Mark Dresser is a Grammy nominated, internationally renowned bass player, improviser, composer, and interdisciplinary collaborator. At the core of his music is an artistic obsession and commitment to expanding the sonic, musical, and expressive possibilities of the contrabass. He has recorded over one hundred forty CDs including three solo CDs and a DVD. From 1985 to 1994, he was a member of Anthony Braxton’s Quartet, which recorded nine CDs and was the subject of Graham Locke’s book Forces in Motion (Da Capo). He has also performed and recorded music of Ray Anderson, Jane Ira Bloom, Tim Berne, Anthony Davis, Dave Douglas, Osvaldo Golijov, Gerry Hemingway, Bob Ostertag, Joe Lovano, Roger Reynolds, Henry Threadgill, Dawn Upshaw, John Zorn. Dresser most recent and internationally acclaimed new music for jazz quintet, Nourishments (2013) his latest CD (Clean Feed) marks his re-immersion as a bandleader. Since 2007 he has been deeply involved in telematic music performance and education. He was awarded a 2015 Shifting Foundation Award and 2015 Doris Duke Impact Award. He is Professor of Music at University of California, San Diego.

“Mr. Dresser, a bassist who is one of the great instrumental forces in recent American jazz outside of the mainstream… New York Times 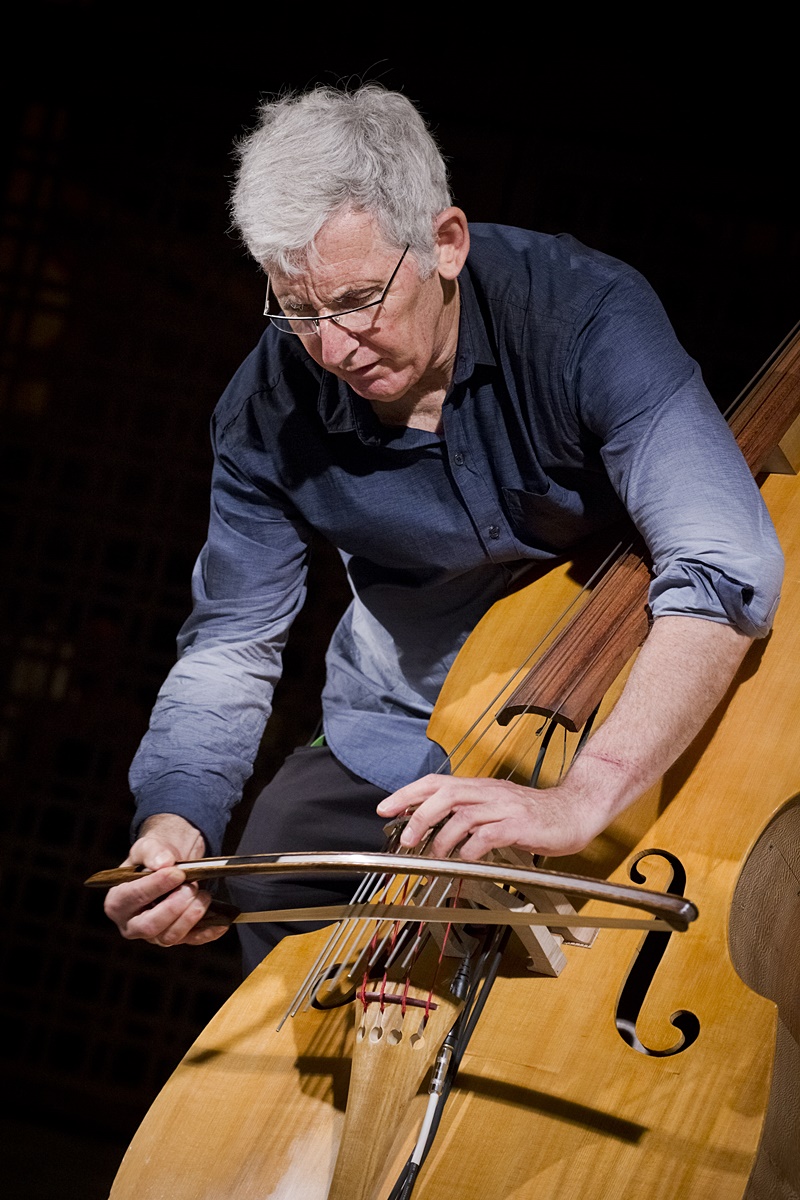 Mark Dresser is an internationally renowned and Grammy nominated bass player, improviser, composer, and interdisciplinary collaborator. At the core of his music is an artistic obsession to expand the sonic and musical possibilities of the double bass through the use of unconventional amplification and extended techniques. His solo works include the DVD/CD/booklet triptich, GUTS: Bass Explorations, Investigations, and Explanations (2010) and CDs UNVEIL (2006) and Invocation (1994) feature the music evolving out of this research. A chapter on his extended techniques, “A Personal Pedogogy,” appears in the book, ARCANA (Granary Press). Dresser has written two articles on extended techniques for The Strad magazine: “Double Bass Harmonics” (October 2008) and an “Introduction to Multiphonics” (October 2009). He is a recipient of a 2015 Doris Duke Impact Award.
His distinctive sound is documented in more than one hundred forty recordings including thirty as a bandleader and co-leader. He has performed and recorded with Ray Anderson, Jane Ira Bloom, Tim Berne, Gerry Hemingway, Anthony Davis, Dave Douglas, Satoko Fujii, Osvaldo Golijov, Bob Ostertag, Joe Lovano, Dawn Upshaw, John Zorn and many others. From 1985 to 1994, he was a member of Anthony Braxton’s Quartet, which recorded nine CDs and was the subject of Graham Locke’s book Forces in Motion (Da Capo).

A prolific composer, Dresser’s developed many pieces for the Arcado String Trio, and Tambastics, while receiving numerous commissions and recording his original scores for several classic silent films, including The Cabinet of Dr. Caligari. He moved back to Southern California in 2004 to take a position as Professor of Music at UC San Diego. While he’s maintained creative relationships with many of his New York associates, the move west coincided with his renewed focus on solo bass performance. As well Dresser in 2013 recorded his first quintet CD in nearly two decades to international acclaim Nourishments (2013). (Clean Feed) marks his re-immersion as a bandleader.

Since 2007 he has been researching, performing, composing, and teaching about telematic music performance, which explores the musical, technical, and social dimensions of live performance between multiple locations through high speed Internet. He was a co-coordinator, composer, performer, and conductor of Deep Tones for Peace, a 2009 Internet performance including thirteen internationally bassists collaborating live between Jerusalem and New York City as well as ResoNations (2009), a five site international telematic performance for peace (2009). In 2013 Dresser and his University of California colleagues Michael Dessen, pianist Myra Melford and flutist Nicole Mitchell, collaborated, performed, and collaborated with like-minded and renowned musicians in three different cities and spread across the West Coast, East Coast and Europe on The Virtual Tour: A Reduced-Carbon Footprint Concert Series. The DVD is being released in January 2016 on PfMentum.

Dresser continues to tour and record with celebrated collective Trio M with Melford and drummer Matt Wilson. He performs solo bass recitals, and with his sonically inspired new-music trio featuring flutist Matthias Ziegler and Denman Maroney on hyperpiano. And he maintains a East and West Coast quintet dedicated to the Nourishments repertoire. His most recent project, a septet featuring Nicole Mitchell, Marty Ehrlich, Michael Dessen, Joshua White, David Morales Boroff, and Kjell Nordeson perform and record his new compositions to be released on Clean Feed.

Born in Los Angeles in 1952, Dresser has been a creative force since he first started gaining attention in the early ’70s with Stanley Crouch’s Black Music Infinity, a free jazz ensemble that included Bobby Bradford, Arthur Blythe, James Newton, and David Murray (at the same time he was performing with the San Diego Symphony). He earned a BA and MA from the UC San Diego studying contrabass with maestro Bertram Turetzky. Recruited by Anthony Braxton, Dresser made the move to New York in 1986 and spent a decade touring and recording extensively with the reed visionary’s celebrated quartet with pianist Marilyn Crispell and drummer Gerry Hemingway. At the same time he became a ubiquitous force on the Downtown scene, working widely with masters such as Ray Anderson, Tim Berne, Anthony Davis, and John Zorn.

Dresser received both B.A. and M.A. degrees from the University of California, San Diego where he studied with the seminal contrabass soloist, Professor Bertram Turetzky. In 1983, he received a Fulbright Fellowship to study in Italy with Maestro Franco Petracchi. He has been awarded two New York Foundation for the Arts grants, Meet the Composer commissions, and fellowships to the MacDowell Colony, Civitella Ranieri, Bellagio, and Akrai. He is on the board of the International Society of Bassists, the International Society of Improvised Music, and the advisory board of the Deep Listening Institute, and the new music ensemble, NOISE. He has been a lecturer at Princeton University, faculty at the New School University, and Hampshire College. In fall of 2004, Dresser joined the faculty of University of California, San Diego. 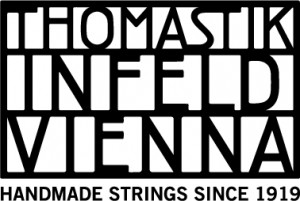