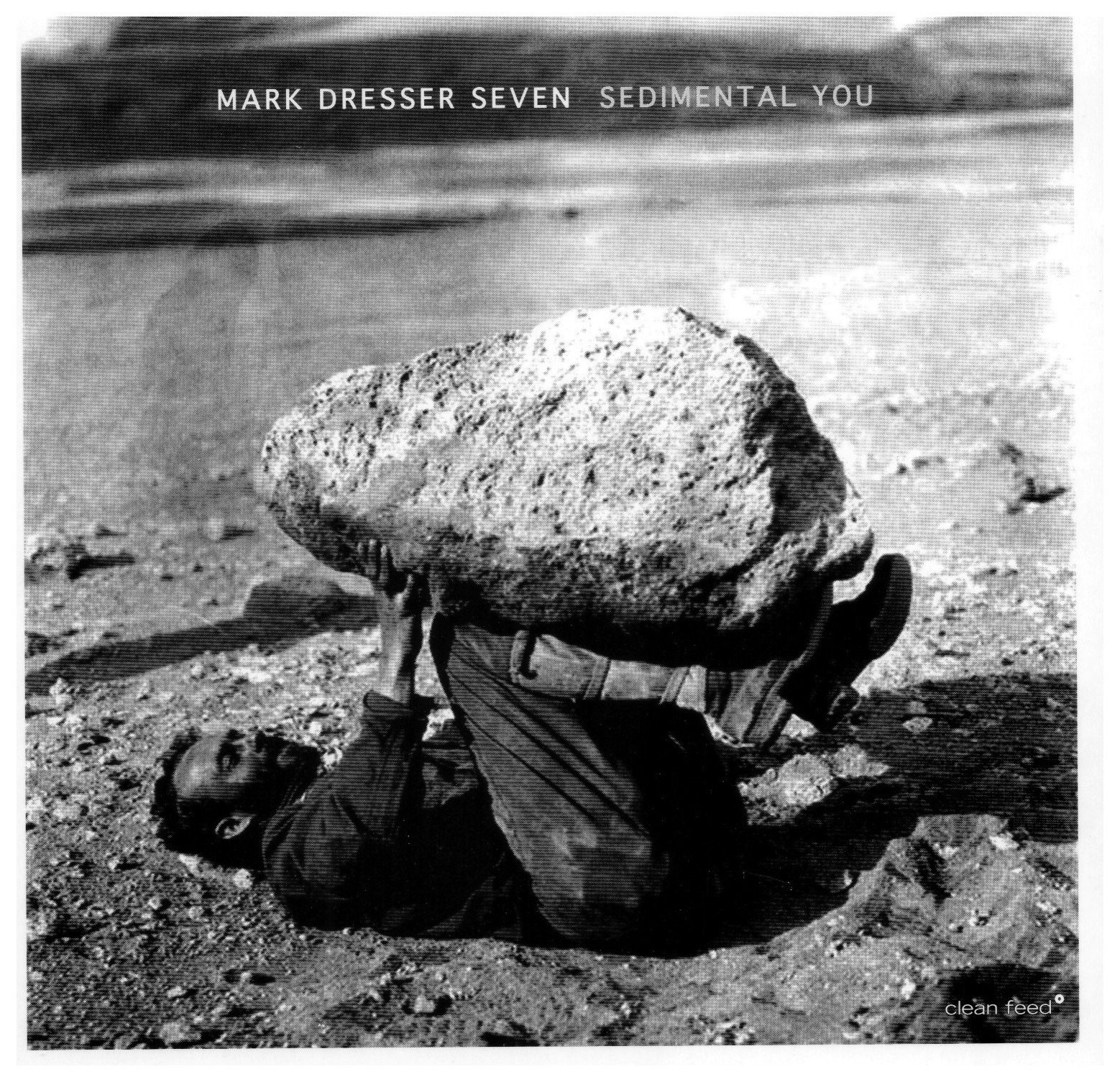 Bespoke and Outspoken, the Mark Dresser Seven Explores New Compositions Conceived and Designed Specifically for Their Sounds on Sedimental You, a Series of Emotionally Charged Musical Portraits and Cutting Political Commentary

Mark Dresser makes music in a vast variety of settings and contexts, but the dauntingly prolific bassist always seeks to create space for the unpredictable play between form and freedom. On his new album Sedimental You, released in November 2016, he’s assembled an astonishingly creative cast that embraces the intuitive and emotionally charged nature of his improvisational imperative. Riveting, playful and often revelatory, his compositions emerge out of an ever-shifting matrix of specific musical personalities and the often dismaying swirl of current events.

Working with a supremely gifted septet, Dresser brings together emerging talent and revered veterans from East Coast and West Coast scenes. In many ways, Sedimental You builds directly on orchestrational cadences and concepts he’s been exploring in smaller ensembles, and relationships he’s honed via telematic connections (which enable musicians in different geographical locations to perform together live in real time via high speed/high bandwidth links mostly found at academic research institutions).

None of the music is programmatic, but the porous nature of the Sedimental compositions means that the world’s joys and woes seep in. Mocking denunciations and ache-filled reveries flow into open-hearted evocations of beloved colleagues, both departed and still very much with us.

“I always write with specific musicians in mind, and I really had Marty’s clarinet sound in my ear,” says Dresser, a professor of music at UC San Diego since 2004. “I’ve had lots of groups with Michael Dessen,” a professor at UC Irvine, “who’s a virtuoso trombonist and an invaluable collaborator in my groups and telematic projects. And Jim Black is a force of nature, who I worked with most often in New York and on Japanese tours as the rhythm section for Satoko Fujii,” a relationship documented on the pianist’s critically hailed 2000 album Toward “To West” (Enja).

Dresser started working with Nicole Mitchell after she became a professor up the road at UC Irvine, a connection expanded by collaboration via telematics. He’s played several high profile concerts in her ensembles, and she’s become an important part of his West Coast quintet. “She’s a wonderfully open collaborator, a great soloist, with superb musicianship and a buoyant musical spirit. From our first gig it felt completely right,” Dresser says. “I particularly love the blend between trombone and alto flute.”

San Diego pianist Joshua White is a rapidly rising Southland star who’s toured internationally with Rudresh Mahanthappa’s Bird Calls project. With a potent array of influences at his fingertips, from gospel and spirituals to free improvisation, he quickly fell in with Dresser after the bassist moved to town and discovered “an amazing talent with incredible ears and intuition,” Dresser says. “He’s fearless as an improviser whose musical instincts I completely trust.”

The album’s wild card is violinist David Morales Boroff, the youngest player on the project. In a serendipitous connection, he’s the son of esteemed folk guitarist Phil Boroff, who happened to give Dresser’s mother guitar lessons back in the 1970s. “Anthony Davis has been talking about him for a long time. David’s got a freaky ear, I’d give him one of my tunes, and he’d be at the piano and reharmonizing it. As well he has a beautiful violin sound and a soulful lyricism that belies his age ”

The album opens with “Hobby Lobby Horse,” a tricky tune built from bass line up with a derisive hitch in the groove that could be interpreted as Dresser’s commentary on the controversial Supreme Court decision. The title track slyly refers to the 1932 Tommy Dorsey hit “I’m Getting Sentimental Over You” (by the forgotten Hollywood orchestrator George Bassman), though much like the titular word play he doesn’t quote the standard’s melody. Drawing on the cadences of the original, he recalibrated the harmony to evoke its sound and mood. An adventure in timbral contrasts that climaxes with rollicking interplay between White and Dessen, “Sedimental You” takes on a decidedly harmelodic feel as time slips and the length of bar lines shift.

With “TrumpinPutinStoopin” Dresser and his intrepid crew deliver some woozy, phantasmagoric circus music. The heart of the album is “Will Well (For Roswell Rudd),” a startlingly tender piece that Dresser conceived with the trombone legend (and frequent collaborator) in mind. He first played the tune in a trio with White and drummer Kjell Nordeson, but this extended version brings out everyone’s sumptuous lyricism, particularly when Mitchell’s throaty alto flute wends around Ehrlich’s woody bass clarinet.

“It’s an incantation of sorts for him,” Dresser says. “The trio version was much simpler and I just kept working it and working it. When you write music it takes a life of its own, and it becomes what it wants to become.”

Dresser’s strikingly beautiful tribute “I Can Smell You Listening (for the late Alexandra Montano)” evokes the boundless spirit of the extraordinary mezzo-soprano (Montano contributed memorably on the 2005 Dresser/Denman Maroney album Time Changes on Cryptogramophone). An extended melodic line that rises and falls, fades and reappears, the tune features some of Ehrlich’s most ravishing clarinet work.

From the personal ache of “Listening” Dresser offers a different kind of lament with “Newtown Char,” a piece he created in direct response to the unfathomable massacres in the Connecticut elementary school and Charleston, SC church. Structurally and emotionally, it’s the album’s centerpiece, a plaintive unfurling melody keyed to the thick, woody sound of Ehrlich’s bass clarinet. The album closes with the brief, elegiac theme “Two Handfuls of Peace (for Daniel Jackson),” a celebration of the revered San Diego tenor saxophonist who died in 2014 at 77.

Amidst a steady flow of recent albums, Sedimental You stands out as Dresser’s most ambitious work as a bandleader.
——————————
Reviews and Best of Lists
Jerome Wilson’s Best of 2016
Robert Bush’s Top 12 CDs of 2016
Best of 2016 San Diego Union Tribune
2016 NPR Jazz Critics Poll
New York Times
Dusted
All About Jazz
The Free Jazz Collective
Shanley On Music
The California Report-Andy Gilbert
The Jazz Trail
The San Diego Reader