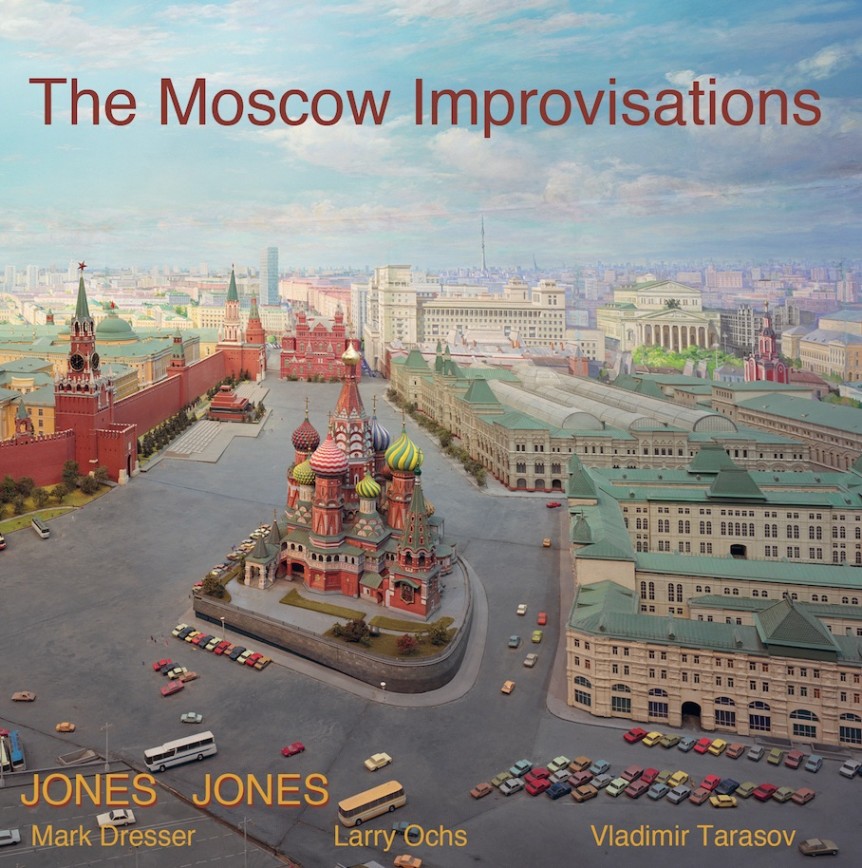 Three long-time masters of the improvised music world team up here for genuinely touching, meditative sets of improvised music. The trio first performed as a unit in 2006 in the San Francisco Bay Area, and the concert was very special; unusual, unique, and leaderless sound-explorations among three musicians whose ability to listen and respond shone forth during the concert.

Performing entirely improvised music, every Jones Jones musical performance draws on all the individual musicians’ past experiences and thus adds up to something unique and very special that could only have happened within this particular trio configuration. The band performed in Europe in June/July 2008 in Amsterdam, St Petersburg and festivals in Lithuania and Latvia. Jones Jones also was featured at The 2008 Festival of New American Music in Sacramento, California. The group then returned for the Moscow Bienniale in 2010 where its show was recorded live. That recording will be released in late April 2016 by the CD label Not Two and is called The Moscow Improvisations.  (A first CD entitled We All Feel the Same Way was produced by the Moscow label SoLyd in time for the trio’s appearance during the 2010 Moscow Biennale; currently out of print but available from online retailers.)

Nat Hentoff (Wall Street Journal) describes Vladimir Tarasov as a master of decorative brushwork, “a drummer of rare subtlety and cunning, who takes sensual delight in the very touch of his extensive array of instruments, from finger chimes to cymbals.” From 1971 to 1986, Tarasov was a member of the well-known contemporary jazz trio, GTC/The Ganelin Trio. With the Trio and many other artists and orchestras he has recorded more than 100 records and CDs including numerous solo performances. He has written music for orchestras, film, and theatre: Staatstheater, Stuttgart – 1995, Majestic Theater at The Brooklyn Academy of Music, New York – 1995; Josef Nadj Centre Choreographique National Orleans, Orleans – 1998, 2004; Theatre Vidy-Lausanne, Meierhold Centre, Moskow – 2003, etc. Vladimir Tarasov has performed with such musicians as Andrew Cyrille, the Rova Saxophone Quartet, Anthony Braxton, Lauren Newton, Butch Morris, Thomas Stanko, Gyorgy Szabados, Masahiko Satoh, among others.

Mark Dresser is an internationally acclaimed bass player, improviser, composer, interdisciplinary collaborator. A major focus has been extending the sonic and musical possibilities of the double bass through the use of unconventional amplification. A chapter on his extended techniques for contrabass, “A Personal Pedagogy,” appears in the book, ARCANA. He is documented in over one hundred recordings including nearly thirty CDs as a soloist, band-leader or co-leader. For eighteen years he lived and worked in New York City where he recorded and performed with some of the strongest personalities in contemporary music and jazz including nine years with Anthony Braxton. In 2001 he was nominated for a Grammy. He is Professor of Music at University of California, San Diego. He has also been a lecturer at Princeton University, faculty at the New School University, and Hampshire College. He is on the board of directors of the International Society of Bassists and the advisory board of International Society of Improvised Music.