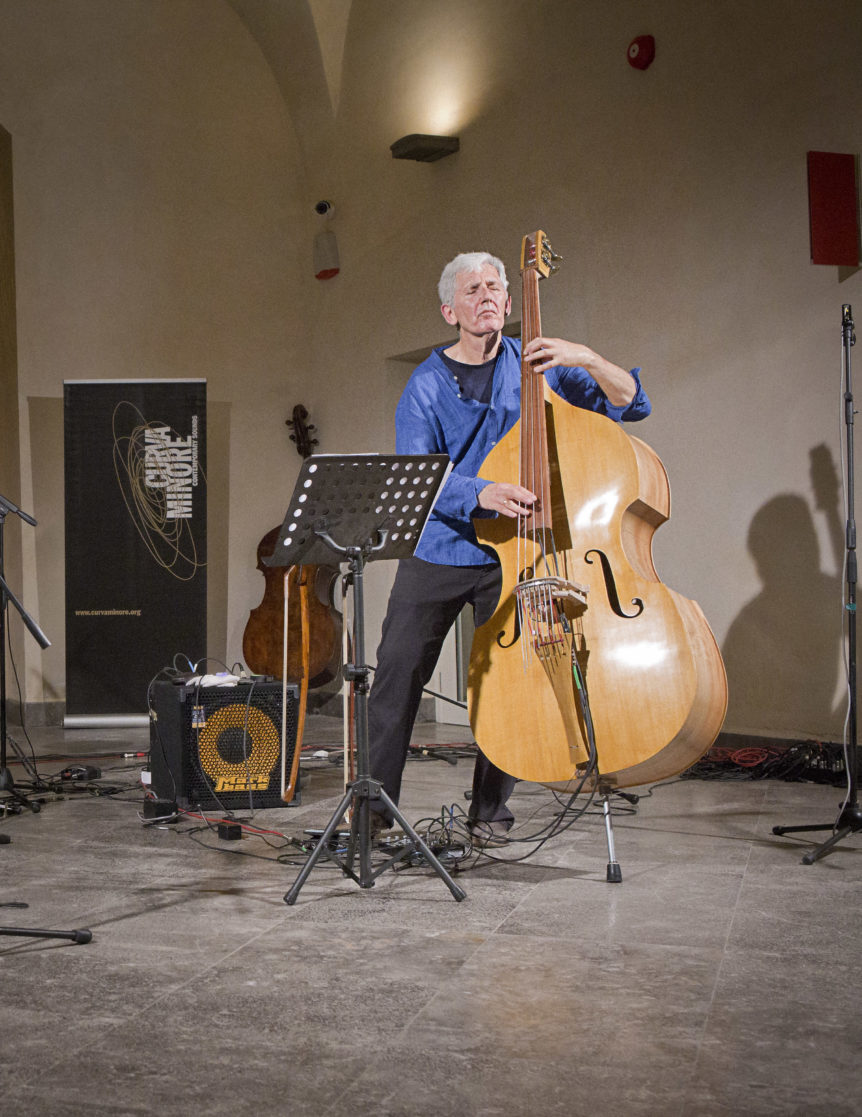 Los Angeles-born and Grammy-nominated bassist Mark Dresser has taken the sound potentials of the bass to a new level through the use of extended techniques and electro-acoustic amplification documented in over 140 CDs and to international acclaim. The musicians in his new septet, the Mark Dresser Seven, are like-minded partners and together have forged a musical alliance unusual in Jazz. From 1985 to 1994, he was a member of Anthony Braxton’s Quartet. He has toured and recorded music of Ray Anderson, Jane Ira Bloom, Tim Berne, Anthony Davis, Dave Douglas, Osvaldo Golijov, Gerry Hemingway, Bob Ostertag, Joe Lovano, Roger Reynolds, Henry Threadgill, Dawn Upshaw, John Zorn. Since 2007 he has been deeply involved in telematic music performance in which musicians in different geographical locations perform together live on the high bandwidth internet. He was awarded a 2015 Shifting Foundation Award and 2015 Doris Duke Impact Award. He is Professor of Music at University of California, San Diego.

“The jazz bassist Mark Dresser has a long and serious track record in the avant-garde, with special distinction in the area of extended technique: harmonics, multiphonics, various other nonstandard expressive modes” -Nate Chinen,New York Times, July 2016.

“Veteran bassist Mark Dresser has delivered one of his most ambitious, profound and satisfying recordings as a leader with this superb septet a group drawn from his long history in New York and his more recent stint as an educator in Southern California.” – Peter Margasek, Downbeat, January 2017

“[Sedimental You] straddles complexity and emotion, freedom and deep structure, with bits of subtle humor sprinkled in. No matter how intricate the structure, all the music has an immediate impact.” -Mike Shanley, Jazz Times, April 2017